Architectural photography is a way for people to gain a visual understanding of buildings. When you’re taking these types of photos, it’s important to take their history and context into consideration.

As with other photographs, your images need to undergo architectural photo editing. This way, images can be cleaned up and small changes can be made to bring them closer to the atmosphere you want. There are services that can provide advanced functions like lens correction. Still, the initial photos you take should closely reflect and communicate a building’s relationships with their contexts.

Shooting in a Variety of Conditions

Good photos don’t always need dramatic lighting or to be taken during sunset hours when colours are bright, and shadows are long. These factors are very atmospheric, but only really take a snapshot of the building at one point in time. A more comprehensive take on the building and its environment can be achieved by shooting a series of photos at different times of each day. You may also want to take photos as the building withstands various weather conditions.

When you return to the same scene more than once, you’ll also get a better idea of the building’s development or degeneration over time. A good photograph of a recently constructed building doesn’t tell much of a story without a comparison that follows the architecture beyond a single point in time.

Photography is dependent on finding good lighting. Light can bring focus to a specific point in a structure and allow viewers to see what the most important part of the architectural project may be. What does the photographer want to bring attention to? You can also play with how the light hits different sections of the building, and how the mood of the image may shift accordingly.

When taking photos of a scene, you need to find a unique angle. Shoot from different perspectives, as it can not only be entertaining but also rewarding. You shouldn’t always take photos from safe angles, as they’ve been done many times before and may not be as exciting as finding a new perspective. In addition, a different angle can allow an overlooked detail from the building to pop out.

Buildings shouldn’t be photographed from a single angle anyway. Regardless of how good the building looks from there, doing this can objectify the building. You’re basically saying the building only has one good side. It can be difficult to capture the entire span of the building, but this can create a greater appreciation for the scene.

Including People in Architecture

Architectural photography often excludes people. There’s an idea that somehow the presence of people will destroy the sanctity of the architectural image. But it isn’t natural for architecture to exist without people, and the images of a growing number of photographers are changing to reflect this. 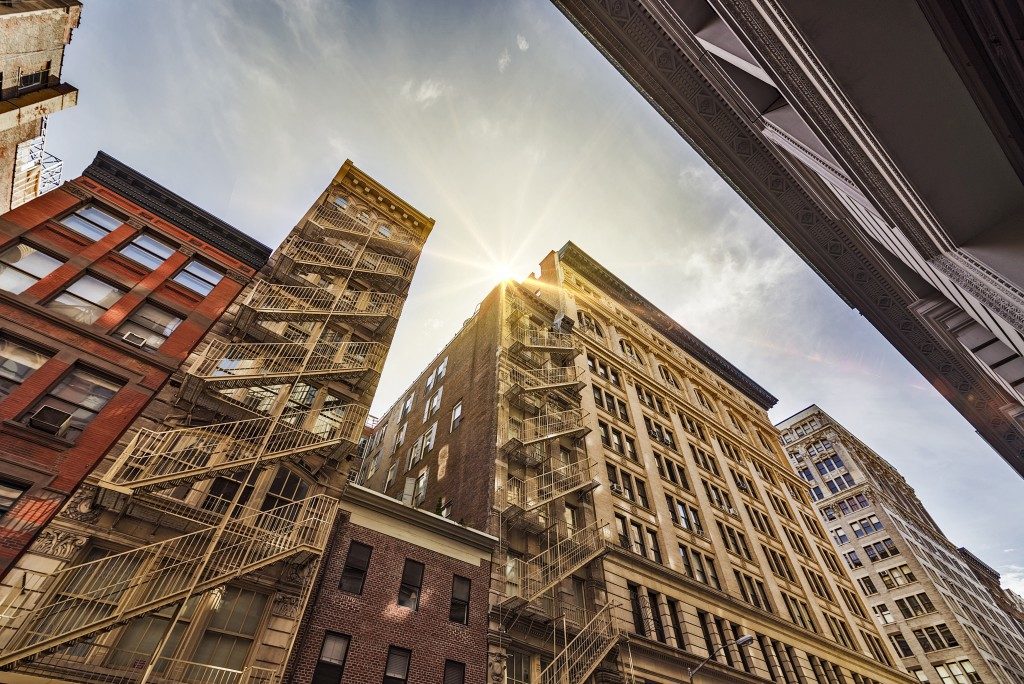 Most often, it’s the best thing to do to use wide-angle lenses to capture the full range of a building’s exteriors. But buildings have a lot of little details that can get lost when only the big picture is taken. If a building has interesting smaller details, it wouldn’t hurt for you to explore them further.

Some buildings come with a rich history and context. The more you know about an architectural site, the more you can focus your shots on areas that reflect a relevant story or idea. You’d be in a better position to capture the full and true essence of the building.