Toxic fan behaviors aren’t anything new. Many celebrities, old and new, have had creepy stalkers many times in their lives. But the age of social media has redefined toxic fan behavior. It’s no longer just stalking, but interfering with celebrities’ personal lives.

You’d see those behaviors practiced in the comments section of a celebrity’s Instagram post. News articles are full of them as well. The celebrity could be doing nothing remarkable, just spending a day at home, and someone would comment about their bare face, body, etc. Comments that shower too much love for a celebrity are also aplenty, and they’re borderline suspicious sometimes. It’s as if the commenter’s life revolves around the celebrity.

Obsessing over a celebrity can lead to an obsessive-addictive condition called celebrity worship syndrome. The term was coined by Lynn McCutcheon and her research colleagues in the early 2000s. It’s not an actual medical condition, but could turn into one if not managed properly. Teens are particularly susceptible to it, but even grown adults could experience it, as proven by the worst stalkers celebrities have ever had.

1. Use Your Love for Your Idol to Help Others

You can reap a benefit from your fandom-related activities. For example, ARMYs, fans of the K-pop boy band BTS, helped spread the “LOVE MYSELF Campaign,” which aims to end violence and neglect, as well as to promote children and young people’s self-esteem. ARMYs used their love for BTS to motivate themselves to develop self-love. They also promoted some BTS songs that encouraged listeners to love themselves. The campaign has strengthened the relationship between fellow ARMYs, and of course, between BTS and their fans. BTS inspired ARMYs to focus on their own goals instead of spending all their time watching BTS content.

Your idol doesn’t need to start a campaign for you to help others, though. You can draw inspiration even from their publicized personal activities. For example, when Angelina Jolie had a mastectomy after finding out that she carried a breast cancer gene, her fans were also encouraged to get tested. So look for amazing things your idols have done, and channel their bravery and goodness.

2. Spend on Them Wisely 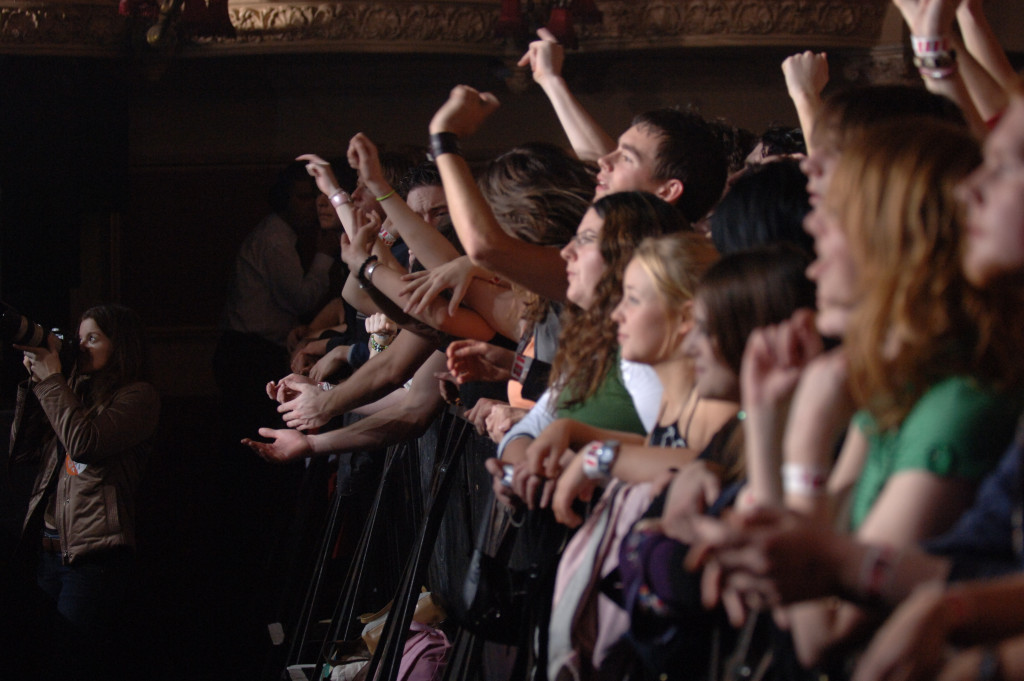 Spending a huge amount of time and money for your idol is considered a praise-worthy behavior in the fandom culture. As such, some fans can feel inadequate if they don’t spend enough for their idols. But in reality, your love or admiration for a celebrity cannot be measured. There are no standards to which every fan must adhere. And no one should judge their fellow fans for not being dedicated enough.

If you think spending money on celebrities is not worth it, that standpoint doesn’t make you any less of a fan. But if you want to invest in your idols, focus on material things and experiences with long-lasting value. You don’t need to buy every single piece of merchandise. Rare pieces would be a wiser purchase, as they can benefit you financially. Consider special autographed memorabilia, concert merchandise, or LPs. They may not be the cheapest, but their value shows the impact of the celebrity in the industry.

Obsessive fans become out of control because they keep feeding their obsessions. They keep subjecting themselves to their fantasies, distorting their perception of what’s right and what’s wrong. Their obsession also emboldens them to disrespect boundaries and call it love.

The only way to avoid reaching this point is to stop feeding your obsession right away. Focus on a task that keeps your mind off the celebrity, like studying or working. Identify your greater mission as well. What’s your ultimate goal in life, and how do you want to change the world? Widen your perspective; see the world outside your obsession’s bubble.

If you no longer have hobbies or goals that don’t involve your idol, consider getting therapy. Though celebrity worship syndrome isn’t an actual medical condition, it can still ruin your mental health. It can also affect your daily life, because your obsession could make you want to copy everything your idol does, from the way they dress to where they hang out.

Celebrities are also humans, so they deserve privacy, respect, and peace. They appreciate their fans’ love and dedication, but they still set boundaries, which everyone shouldn’t cross. At the end of the day, you and your idol are two different individuals living two different lives. Use your love for your idol as an inspiration to work harder in life, not to pry on everything they do. If you become a celebrity, you wouldn’t want to live a life where you’d always have to look over your shoulder.